Red solo cups are such a common sight at parties and cookouts, we often don’t think about where this party staple came from. The iconic red Solo cup we know today began its life as a solution to a modern problem: germs.

Disposable cups—made from paper or plastic—were a ready solution and companies quickly churned them out, ever tweaking their designs. Yet only one company, the Paper Container Manufacturing Company, eventually produced a design that became a staple of parties and gatherings everywhere—and an icon in its own right: the red Solo cup.

Here are 20 things you didn’t know about red Solo cups.

1. The inventor of the Solo cup was Robert Hulseman. His father, Leo Hulseman, founded the Paper Container Manufacturing Company in 1936 after a stint with the Dixie Cup Corporation. The company’s first hit were cone-shaped paper cups used at water coolers and drinking fountains. They were called Solo cups (because they were a single-use cup) and they became so popular that the Paper Container Manufacturing Company soon changed its name to the Solo Cup Company.

2. Robert Hulseman began working at the Solo Cup Company in 1950 when he was just 18 years old, and by the 1970s, he led the company’s plastics division. During that time, Robert invented the red plastic Solo party cup we know (and still use) today and patented it in 1976.

Hulseman’s design solved these problems with two different innovations. First, the curved lip of his cups prevented them from stacking too tightly. And second, he added small indents at the bottom of the cup that strengthened the base and allowed for airflow between stacked cups.

4. Hulseman first tested his cup design with his family and let his kids pick the original colors from 18 different color combinations. They chose red, blue, yellow, and peach. (Peach is the only color that didn’t stand the test of time.)

5. White was chosen for the cup’s interior because Hulseman thought it would be visually appealing.

6. When the cup first hit store shelves, the yellow cup was the most popular version in Texas.

How many ounces are in a red solo cup?

9. The Solo cup was first designed in 5-, 7-, and 9-oz. sizes, intending to be used at home or at picnics. Later, Hulseman introduced the now standard 16-oz. size (which holds 18 oz. when filled to the brim).

11. The Solo cup wasn’t Hulseman’s only popular invention. In 1986, he and fellow inventor Jack Clements patented the Traveler Lid, a lid for disposable coffee cups. It was patterned after children’s sippy cups and had a raised opening to drink from and a recessed area for the upper lip. It became the standard coffee lid at Starbucks and other retailers. In 2004, the Traveler Lid was featured in a “Humble Masterpieces” exhibit at New York’s Museum of Modern Art.

12. Rumors have suggested that the ridges on the original Solo cup were intended to measure cocktail ingredients or the standard serving sizes of liquor, wine, and beer. According to the company, however, the ridges’ only purpose was to improve the cup’s grip.

14. In an effort to distinguish itself from copycats and lookalikes, Solo redesigned their iconic cup in 2003 and gave it indented sides. It was further tweaked in 2009 and redesigned with a square base. The current model no longer has horizontal ridges.

15. Plastic Solo cups are made from a moldable plastic called No. 6 thermoplastic polystyrene. This plastic is cheap to make but difficult to recycle.

16. Although they’re meant as single-use disposable cups, plastic Solo cups are actually top-rack dishwasher-safe and can be reused.

18. While it was in production, the code name for the 2018 movie Solo: A Star Wars Story was supposedly “Red Cup.”

19. The Solo Cup Company is no longer an independent company but was acquired by Dart Corporation in 2012. It still produces Solo products along with red Solo cups.

20. The use of red Solo cups in college drinking games likely started in the 1980s with beer pong, but the cups have gone on to be used in all types of party games, alcohol-related or not. (See “Fun Games You Can Play with Plastic Cups” at verywellfamily.com.)

21. (BONUS) In 2011, Toby Keith released his hit song “Red Solo Cup.” It was his biggest hit to date and likely the only hit song ever inspired by a disposable drinking cup.

As with any cultural item that develops a cult-following, there are plenty of products on the market that pay tribute to red Solo cups. If you’re a red Solo cup fan, here are some just for you:

Just in case this article has put you in the mood to throw a party.

Red Cup Living is not affiliated with the Solo Cup Company but they sell products inspired by the original red party cup like this ceramic coffee mug.

And if you want to take your red cup devotion to the next level, there’s also a Christmas ornament.

Ready to get the campfire party started? Check out these 7 Delicious Cocktail Inspired Jell-O Shot Recipes 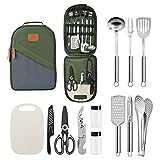