Pie irons—along with roasting sticks and a cast-iron Dutch oven—are must-have items for every camp kitchen. They’re simple, durable, and can be used to make a variety of recipes from pizza pockets to blueberry stuffed French toast.

Pie irons are available in a few different sizes and shapes. The most common are round or square single-serving pie irons like the ones below:

The next time you’re on camping trip, build a fire and try one of these tasty pie iron recipes:

Combine classic breakfast ingredients and cook them over the campfire.

Try a new twist on traditional French toast by making a blueberry cream cheese filling and toasting everything in a pie iron.

These chicken-and-cheese quesadillas are a great outdoor dinner or appetizer.

Grilled cheese sandwiches are one of the most perfect pie iron recipes and are easy to customize. Try this buffalo chicken version!

Another name for sandwiches made in pie irons are pudgie pies. In this recipe, store-bought cherry pie filling and chocolate chips combine to make an easy dessert.

Use Nutella instead of chocolate for these pie iron s’mores. 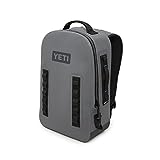 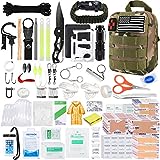