Airstream renovations are becoming increasingly popular as campers continue breathing new life with a modern, personalized touch into this camping classic. It’s hard to picture an American campground without at least a few Airstreams. The unmistakable “silver bullet” trailers have been the weekend refuge for generations of campers. And for at least the past decade, a growing number of people have been converting Airstreams into their full-time homes. (More on that below!)

A Brief History Of The Airstream Brand

Like many iconic American brands, Airstream has an origin story that begins with a resourceful inventor and one really good idea. Wally Byam was born on the fourth of July in 1896. After an adventurous childhood and adolescence in Oregon, Wally suffered two unexpected tragedies: the loss of both his mother and stepfather within just one year. Remarkably, the lone 20-year-old went on to earn a spot at Stanford and headed to California. Throughout his college years, Wally worked multiple jobs to pay his own way. Afterward graduation, he became a successful magazine publisher in Los Angeles—until the stock market crash of 1929.

With his magazines publishing career over, Byam needed a new livelihood. It came from an unlikely source. In those days, Wally and his life Marion often loaded up their Model T for weekend camping trips, but Marion was a reluctant camper. She disliked the challenge of campfire cooking or sleeping on the ground in their thick canvas tent. It didn’t take long for Wally to dream up a solution.

Wally had spent his teen years working as a shepherd on his uncle’s farm. Out in the field, he lived in a two-wheeled “shepherd’s cart”—an enclosed cart that was equipped with a sleeping spot, camp stove, and water pail. This simple cart became the inspiration for Wally’s first camping trailer.

After tinkering with a few prototypes, Wally landed on what would become his signature trailer design: a teardrop-shaped shelter with a sleeping berth, stove, and ice chest. The design was a hit with Marion and their friends who were soon asking Wally for trailers of their own. Wally published instructions for his trailer in Popular Mechanics but was soon taking orders to build the trailers himself. In 1931, he opened his first trailer factory and named his invention “Airstream” because the aerodynamic trailer moved “like a stream of air.” Although his original design was made out of Masonite, by 1936 Airstream produced its first riveted aluminum travel trailer, the first of many Airstream renovations.

World War II—with its aluminum rationing and labor needs—brought Airstream production to a halt, and Wally went to work as an engineer in the aviation industry. Yet after the war ended, Wally—unlike most of his previous competitors—reopened his factory, determined to use his aviation expertise to create the quintessential adventure vehicle. (For a nation that was newly enamored with cars and the open road, this couldn’t come at a better time.) By 1952, Airstream outgrew its original California factory and Wally moved his company’s headquarters to its current home in Jackson Center, Ohio.

Around this same time, Wally led a group of travelers to South America in what would be the first of many international “Airstream Caravans.” From 1962-1963, a group of Airstream enthusiasts completed an Around the World Caravan—a staggering 31,000 mile trip that followed the route of explorer Marco Polo. The trips were the beginning of the Wally Byan Caravan Club International (which is still in existence today).

By the time Wally passed away from cancer in 1962, Airstream had become an iconic brand with a devoted following. In the 1960s and 1970s, a few design tweaks led to the familiar “silver bullet” silhouette that Airstream enthusiasts know and love today.

More than eighty years after Wally’s first prototype, Airstreams are more popular than ever. Today Airstream is producing travel trailers at numbers not seen since the 1970s. Enthusiasts credit the retro design and its reminder of “the golden age of camping.” Yet despite the ever-increasing supply of new trailers, there’s also demand for vintage models. For the past decade or so, both vintage (and new) Airstreams have been reinvented as tiny houses, micro hotels, home offices, food trucks, and of course, as weekend campers. Here are a few people who have done just that.

Travel bloggers Sheena and Jason Armstrong of Mavis the Airstream left their suburban life in 2016 to live on the road. With no previous experience, they renovated (and documented) their first Airstream trailer: Mavis 1.0. Since then the couple has sold Mavis 1.0 and have launched into the renovation of Mavis 1.0’s successor: Mavis 2.0, a 1977 Airstream Sovereign. Check out some of the stunning transformation below. (Photos by Sheena and Jason Armstrong.)

Jonathan and Ashley Longnecker (and their four kiddos) live full-time in their 1972 Airstream Sovereign Land Yacht and blog about their travels at Tiny Shiny Home. After a 6-month renovation, the family’s vintage Airstream trailer was ready for “boondocking” (camping without the need for hook-ups) anywhere they wanted to go. Get a peek at their before-and-after photos. (Photos by Jonathan and Ashley Longnecker.)

Entrepreneurs Kristen Sarah and Siya Zarrabi run Hopscotch the Globe, a successful travel website and YouTube channel. They’re also the proud owners of a renovated 1976 Airstream Sovereign they call Luna. The couple embarked on a year-long renovation before they were finally able to make the trailer their home. As you can see, it was worth the wait. (Photos by Kristen Sarah and Siya Zarrabi.) 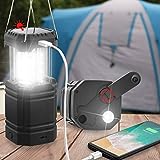