The next best thing to being in the outdoors is pretending you’re in the outdoors. When you can’t head to the woods, lake, or mountains, you can still be an armchair traveler as long as you have the right book. Read on to see our 10 best books to get you in the mood for outdoor adventures.

Contents hide
1 A Walk in the Woods
2 Wild: From Lost to Found on the Pacific Crest Trail
3 Braving It: A Father, A Daughter, and an Unforgettable Journey Into the Alaskan Wild
4 The Hidden Life of Trees: What They Feel, How They Communicate
5 My First Summer in the Sierra
6 The Kid Who Climbed Everest
7 The Lost City of Z
8 Last Child in the Woods
9 The Lost Art of Reading Nature's Signs
10 The Curious Nature Guide: Explore the Natural Wonders All Around You
11 Share this:
12 Related

A Walk in the Woods

This laugh-out-loud memoir by travel writer Bill Bryson turned twenty last year but it’s already earned the reputation of a wilderness classic. Bryson recounts his step-by-step journey to reacquaint himself with the United States (after living abroad for 20 years) while hiking the Appalachian Trail. Out-of-shape and inexperienced, he invites an old college buddy to join him on the adventure. Hijinks and mishaps follow. A movie adaptation starring Robert Redford and Nick Nolte came out in 2015, but as the saying goes: The book was better.

Wild: From Lost to Found on the Pacific Crest Trail

Despite the book’s title and hiking boot on the cover, Wild is a gritty memoir that’s more about Strayed’s inner journey—through alcoholism, loss, and grief—than the trail she hikes. But the trail that plays a part in her redemptive journey is a character itself: The Pacific Crest Trail, a 2,650-mile hiking trail that stretches across the United States from Mexico to Canada. Like Bryson, Strayed begins her trek with no experience and way too much in her pack. (In one of the opening scenes, she can’t even stand with the fully loaded pack.) But by the end? Well, you’ll have to read to find out.

Braving It: A Father, A Daughter, and an Unforgettable Journey Into the Alaskan Wild

The wilderness has a way of testing us and our relationships. And while James Campbell and his daughter Aidan experience both, their journey is more a coming-of-age tale—for both daughter and father. Before Aidan leaves home to make her way in the world, the pair plan one last trip (their third) to the Arctic National Wildlife Refuge. Traversing a land of grizzlies, wolves, and polar bears, the two hike and camp their way to the head of the Hulahula River. Once there, they’ll paddle a canoe to the Arctic Ocean. Not your typical father/daughter adventure.

The Hidden Life of Trees: What They Feel, How They Communicate

For a slower paced read that’s more about exploration than adventure, Peter Wohlleben’s international bestseller delves deep into the world of trees. Once a forest ranger for the German government, Wohlleben now works as a forester in Hummel, Germany where he advocates for a more ecologically conscious approach to forest management. Also worth reading are his two follow-up titles: The Inner Life of Animals and The Secret Wisdom of Nature.

My First Summer in the Sierra

Even the “father of the national parks” had to start somewhere. For legendary naturalist John Muir, his profound experiences with the American West started with the summer he spent working as a shepherd in the Yosemite Valley. This book—written by Muir himself—chronicles his experiences of that first memorable summer. Years later, Muir would be instrumental in designating that same valley as Yosemite National Park, only the second in the United States at the time.

The Kid Who Climbed Everest

Before he had his own TV shows and branded outdoor gear, Bear Grylls was a twentysomething adventurer with an ambitious goal: to be the youngest British climber to ever summit Mount Everest. Despite being a climber from childhood, it was still incredible undertaking. Eighteen months before he stood on Everest’s summit, Grylls suffered near-fatal injuries when—as a soldier—his parachute failed to open at 11,000 feet. An inspiring story of resilience.

The Lost City of Z

British explorer Percy Fawcett had a lot of adventures to his name. But sometime in his South American travels, he became fixated on the idea of a “lost city” in the Amazon jungle he called “Z.” On his third attempt to find it, Fawcett (along with his son and a friend) mysteriously disappeared. This book is part history lesson, part adventure story as journalist David Grann traces the life of Percy Fawcett and the mystery surrounding his disappearance.

Last Child in the Woods

You could say that writer Richard Louv was ahead of his time. Back in 2005, Louv’s book Last Child in the Woods raised the alarm that kids were increasingly disconnected from nature and too connected to electronics and screens. (And that was before the social media boom.) If you’re looking for motivation (or permission) to cut down on screen time and take the kids outside, this book will equip you with the knowledge you need.

If you’re looking for a practical nature guide that’s full of information you didn’t know you needed, this book is it. Tristan Gooley is an explorer and writer who uses the skills of natural navigation. Meaning, instead of relying on Google maps and his smart phone, he’s learned to “read” nature to find his way in the world. In this book, he shares 850 tips for forecasting, tracking, and navigating nature. To hear Gooley talk about why this is important, check out his TED Talk.

The Curious Nature Guide: Explore the Natural Wonders All Around You

Kids and adults alike will find plenty to do in the pages of this illustrated guide. Part journal, part guidebook, The Curious Nature Guide is full of activities that encourage readers to engage more with nature. And when you can’t get away for the weekend, the book helps you appreciate the natural world right in front of you. 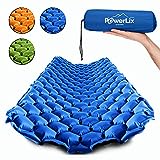 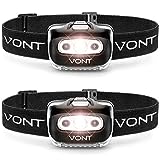 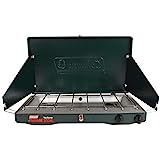